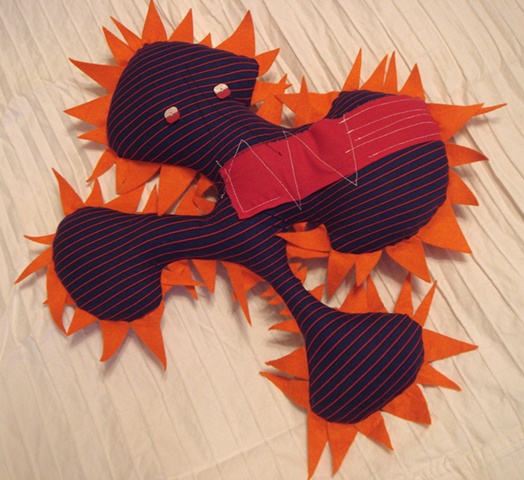 After graduating suma cume laude from the College of Finer Arts (which is vastly superior to the College of Fine Arts), Professor Theodore Tumbleweed, previously known as Teddy T, spent the first twenty years of his career bouncing from school to school, teaching the young and not so young...until he finally found a little town in upstate NY that begged him to stay.

And stay he did. He became a college professor, disecting the brushstrokes of world renowned artists. Discussing the lives of the mentally ill who knew how to work a paintbrush well. And always feeling the loss of not feeling, not seeing his face reflected in the paintings before him.

So, after thirty years...Professor Theodore Tumbleweed had to make a decision. A decision to run from the safe world, a decision to cut his safety net out from under him.

Yes...Professor Teddy T had to get his paws back into the art world, so to speak. Had to get paint under his nails. Had to wake up dazed and confused from inhaling too many paint fumes...

So at eighty years old, Professor Theodore Tumbleweed walked out of his office, never to return again. And he called on an old friend. A local man he met down at the Jersey Shore...a one Mr. Tom Yak. And within the week, good ol' Teddy T had packed up his things and was heading south...to begin his internship at Mr. Tom Yak's Birdhouse Studios.

And although it wasn't a painting (there would be plenty of time for that)...Professor Theodore Tumbleweed caught his reflection in the car windshield. As he was driving down the highway...to his new life. He could see it. And after years of feeling absent, it was such a relief for Theodore to see himself again. To recognize the eyes looking back at him. Not as Teddy T. And not as The Professor. He...

Theodore was just Theodore. The man he was always meant to be.